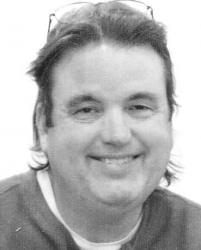 Randall (Randy) Spencer Stone, 58, of Carrollton, passed away Sunday, September 17, 2017, at Medical City at Las Colinas. A private family visitation was held on Friday, September 22, at 10 a.m., at Rick-Bowers Funeral Home in Jewett, followed by a private graveside service at the Marquez Cemetery. A public memorial service and life celebration was held on Saturday, September 23, at 10 a.m. at Northside Baptist Church in Carrollton. Randy was born July 20, 1959, in Houston, Texas to Harold Spencer Stone and Vivian Duke Stone. He attended school in Houston and graduated from San Marcos Military Academy in San Marcos, Texas, in 1977. He also attended Texas State University, and graduated from the worldacclaimed Guitar Musician’s Institute in Hollywood, California and studied privately with Jazz chord master Ted Greene. He taught lessons for many years in several locations in Texas and California and was currently owner of Creative Guitar Learning music studio in Coppell, Texas. He was also a singer-songwriter and had performed live concerts of his songs in a wide variety of locations in the United States, including the recent performance of an original song at the famous Bluebird Café in Nashville, Tennessee. Randy worked for the Probation Department and the Methodist Home while he lived in Waco. He served in numerous church leaderships positions and was a member of Reunion Church in Dallas. He married Marnie Swabb in 1991, and loved singing with his daughters, watching basketball, hosting open mic night, and spending time with family. Randy’s greatest joy was knowing Jesus as his Lord and Savior. He volunteered extensively with an apartment ministry, homeless ministry, and travelled to India on a mission trip with his daughter, Amy, in 2011. He was passionate about and dedicated to praying for unborn babies who were at risk of being aborted. Randy LOVED being with and talking to people. He had a deep concern for those who faced any type of struggle. He used his God-given gift of teaching and playing guitar (and making jokes) to build relationships. People were drawn to him. His infectious smile and crazy sense of humor blessed everyone he knew. He made friends everywhere he went. Randy was preceded in death by his parents. He is survived by his wife of twenty-six years, Marnie, and his daughters, Amy Elisabeth, 23, and Corrie Ruth, 17. He is also survived by his “bonus mom”, Beverly Duffard Stone, of Houston; his in-laws, Jim and Joan Swabb, of Brainerd, Minnesota; two sisters, Debbie (Mike) Parsons of Eastland, Texas; and Tamalyn (Bob) Lawrence, of Farmers Branch, Texas; one sister-inlaw, Wendy Gammello, of Brainerd, Minnesota; three “bonus” brothers, Mark (Benita) Littlefi eld of Conroe, Texas; Greg (Sue) Littlefi eld of Phoenix, Arizona; Robert (Tina) Littlefi eld of Fort Mill, South Carolina; and numerous nieces and nephews who all love their Uncle Randy. A Randy Stone Memorial Fund has been established to provide for educational needs for his daughters and to support pro-life agencies and activities. Checks can be mailed to Valwood Park Credit Union, 1001 E. Crosby Road, Carrollton, TX, 75006. In the memo line, please state “Randy Stone Memorial Fund.” Please visit our website at www.bowersfuneralhome.net to sign the memorial guestbook or to leave a message for the family. Ricks-Bowers Funeral Home 814 Main Street Jewett, Texas 75846 (903) 626-5458