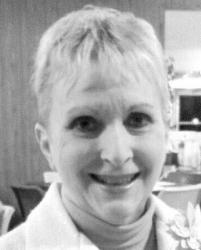 Judy Ann Daniel of Fairfield, passed away on Friday, August 18, 2017 at Baylor Scott & White Medical Center in Dallas, Texas after a long, courageous battle with cancer. She was 73 years old. Judy was born February 12, 1944 in Omaha, Nebraska to parents Albert and Dorothy Hibbs. She lived most of her childhood in Dallas where she graduated Thomas Jefferson High School. In 1964 Judy graduated Baylor University in Waco with a Bachelor of Arts Degree in Education. Later she earned a Masters Degree in Christian Counseling from Liberty University, Lynchburg, Virginia. In 1965 Judy married Billy B. (Bill) Daniel, and they celebrated 52 years of marriage together. Judy taught elementary school in Ft Worth, Dallas, and Fairfield, and worked with her husband Bill in their local business, Bill’s Pharmacy in Fairfield. She was a friend and counselor to many in the area. She loved helping people in any way she could. Judy was a member of First Baptist Church in Fairfield where she ministered in various capacities. She was a Sunday School teacher for many years, was actively involved in missions, having helped initiate and travel on mission trips to numerous unreached people groups in the United States and several foreign countries. She was a Counselor on the church’s Counseling Connection team. Her smile and cheerful personality were an inspiration to all. She loved her Savior Jesus Christ, and lived to serve and glorify her Lord. Left to cherish her memory are her husband Bill of Fairfield, son David Daniel and wife Kim and their children Jacob and Lindsey, daughter Deanne Miller and husband Boyd & their children Rachel and “Bo”, Son Shaughn and wife Juliane, son Michael, her mother Dorothy Hibbs, sister Janet Vela & husband Bob, brother Jerry Hibbs and wife Cathy, many other family members and a host of friends. She is preceded in death by her father, Albert Frank Hibbs, Jr., of Dallas. A celebration of her life will be held Saturday, August 26 at 2 P.M.in the Worship Center of First Baptist Church in Fairfield, with Dr. Kenneth Pruitt officiating. After the service there will be a time for visitation with the family at the Gathering Place adjacent to Worship Center. In keeping with her ministry of helping others, Judy donated her body to the University of Texas Southwestern Medical Center for the advancement of science, therefore there will be no burial. In lieu of flowers, the family requests contributions to First Baptist Church Missions, P. O. Box 446, Fairfield, Texas 75840; Engaging Worlds, P. O. Box 946, Fairfield; or to Freestone Cancer Support Group, P.O. Box 1522, Fairfield.