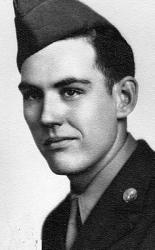 Graveside services for James (Jim) Kimbell Gazzaway were held at 11:30 a.m., Monday, Feb. 5 at Conroe Memorial Cemetery in Conroe. Bro. John Helbig officiated. Visitation was held on Saturday from 3-5 p.m. at Bowers Funeral Home in Teague. Gazzaway passed away on Monday, Jan. 29, 2018 at Kindred Hospital Dallas Central in Dallas. He was born on Feb. 23, 1925, in Thornton to Luther Govan and Willie T. (Jordan) Gazzaway. He married Lois Esma Cooper on May 8, 1944, in Teague and shared some fifty-five years of marriage together before being separated by her death. He later married Mary Jo (Allison) Shoemake on March 18, 2000 in Garland and was blessed with over seventeen years of marriage together. Jim served in the U.S. Army Air Corps during World War II as an Aviation Cadet. He entered into his service at Camp Beauregard, La. in August of 1942, and received his honorable discharge at Sacramento Army Air Base, Calif. on Dec. 19, 1945. After his discharge, he went into the photography business in Teague. He later returned to flying and progressed from crop dusting to being a licensed airline captain, flying executive airplanes for various companies including Sinclair Refining Co, Wanda Petroleum, and Newton Properties in Conroe. He was also a licensed aircraft and engine mechanic and during his working life operated a service station, an automotive garage, a Radio Shack store, a Motorola two way radio facility, and a computer consulting company in Fairfield. Among his most cherished accomplishments was preaching the very first sermon for the Memorial Church of Christ, now the Longmire Road Church of Christ, in Conroe. That first service was held in the home of the late Mrs. Viva McComb in Conroe. He is survived by his wife, Mary Jo Gazzaway of Fairfield; one daughter, Loraine Ray and husband J. D. of Garland; one grandson, Stephen Mark Ray and wife Jennifer of Montgomery; great-grandchildren, Bailey Anderson Ray, Elyssa Estelle Ray and Truett Kimbell Ray; one step-son, Clifton Lee Shoemake and wife Linda of Georgetown; step-daughter, Sharon Jo Moore and husband Mike of Bellvue, Neb.; two step-grandsons, Daniel Moore and Jon Moore; two step-great-granddaughters, Riley Marie Moore and DeElla Elizabeth Moore; other relatives and friends. Gazzaway was preceded in death by his parents; his first wife, Lois E. (Cooper) Gazzaway; three grandsons, Baby Boy Ray, Jonathan Kimbell Ray, and Robert Garrett Ray; two half-brothers; and two half-sisters. In lieu of flowers, the family requests memorials be made to the Foster’s Home for Children, P.O. Box 978, Stephenville, TX 76401. Visit website bowersfuneralhome.net to sign the memorial guestbook or to leave a message for the family.