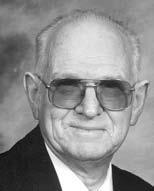 Funeral services for Bro. Horace Lee McCeig, 87, were held on Friday, August 25, 2017, at 2:00p.m. at Eighth Avenue Baptist Church in Teague. Bro. Charles Hunt and Bro. Stephen McCeig will officiate. Interment will follow the services at Dew Cemetery with military honors provided by the U. S. Air Force. Visitation will be held on Thursday with the family present from 6:00p.m. until 8:00p.m. at Bowers Funeral Home in Teague. Bro. McCeig passed away on Tuesday, August 22, 2017, at the Fairfield Nursing & Rehab Center. He was born in Lanely on May 8, 1930, to John Alton & Leona Black McCeig. Horace joined the U.S. Marines Corp in 1948 and fought in Korea. He was honorably discharged in 1956, but re-joined the services, this time the U.S. Air Force in 1957 and served until 1969. After his career in the military, he served as Pastor for several churches in California, Louisiana, and Texas for over 25 years. He loved serving as Pastor and loved to preach to people about Jesus. His last pastorate was at Sanger Ave. Baptist Church in Waco. Bro. McCeig was a past member of 8th Ave Baptist Church in Teague and a current member of Ephesus Baptist Church in Latexo, where his son, Stephen, serves as Pastor. Bro. McCeig enjoyed doing carpentry work for many years along with his ministry. He was a “jack of all trades” and kept himself busy with work as long as his health allowed. He is survived by one son, Stephen McCeig of Dew; one daughter, Loretta Pearman & husband Ricky of Red Oak; four grandchildren, Angela Easley & husband Chad, Amy Earl & husband Carl, Thomas Benjamin Page, and Bradley Michael Page & wife Krystal; three great-grandchildren, Caleb Earl, Olive Page, and Jordan Autrey; numerous nieces, nephews, cousins, and friends. Mr. McCeig was preceded in death by his wife, Verdie Black McCeig; his parents; three sisters, Betty Ethridge, Pearl Lane, and Ruby Kindon; and three brothers, Morris Richard (Sam) McCeig, John Alton McCeig, Jr., and Don McCeig. Please visit our website at www.bowersfuneralhome.net to sign the memorial guestbook or to leave a message for the family. Bowers Funeral Home 900 U. S. Hwy 84 West Teague, Texas 75860 (254) 739-2511