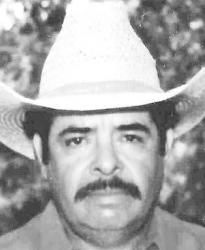 A Mass of Christian Burial Service for Evaristo Davila Guerrero, 71, will be held on Tuesday, October 10, 2017, at 10:00a.m. at St. Bernard Roman Catholic Church in Fairfield. Pastor Rev. Fr. Pancras Savarimuthu will officiate. Interment will follow the services at Greenwood Cemetery in Teague. Visitation will be held at 6:00p.m. and a Rosary will be recited beginning at 7:00p.m. on Monday at Bowers Funeral Home in Teague. Mr. Guerrero passed away on Saturday, October 7, 2017, in Waco with his family by his side. He was born in Mexico in the small town of San Martin. As a young man, he worked various jobs and even served in the military in Mexico. Looking for a better life for his spouse Micaela Guerrero and his young family, he made the journey to Texas along with his family and worked various jobs in order to make ends meet. He acquired his legal documentation for his family and started on his journey to pursue the American dream. He settled in Teague, TX and remained there for the remainder of his life. Evaristo had a knack for business and managed a peach orchard without any background in business and with a language barrier as he struggled to learn English. He loved the outdoors and enjoyed spending his time ranching, raising cattle, and farming. He was an innovator and often created different tools to make the job easier. He loved spending time with his grandchildren and his family. He enjoyed watching soccer and boxing. During his struggles, he relied on his Catholic faith and believed very strongly in the Mother of God our Virgin Mary. He was a strong man with a gentle heart and will be greatly missed. He is survived by his wife, Micaela Guerrero of Teague; his mother, Basilia Guerrero; four sons, Martin Guerrero & wife Sandy, Luis Guerrero & wife Tobi, both of Teague; Arturo Guerrero & wife Deborah, Mario Guerrero & wife Dawnn, both of Houston; two daughters, Ester Peine & husband Mike of Howe; Carmen Herrera & husband Brian, of McGregor; 14 grandchildren; ten siblings, Asuncion, Roman, Mauro, Ignacia, Ignacio, Julia, Sebastiana, Cira, Marcos, Florencio; numerous nieces and nephews. Mr. Guerrero was preceded in death by his father, Luis Guerrero, one infant son, and four siblings. Please visit our website at www.bowersfuneralhome.net to sign the memorial guestbook or to leave a message for the family. Bowers Funeral Home 900 U. S. Hwy 84 West Teague, Texas 75860 (254) 739-2511