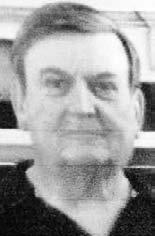 Delois (Pete) Hullum, Jr. passed away Saturday morning, Jan. 20, 2018 at his residence surrounded by his family. Hullum was born Aug. 26, 1944 in Clay Hill, near Teague, to Delois and Lydia Utsey Hullum. He grew up in the Teague area and graduated from Teague High School in 1963. Hullum later graduated from Texas Wesleyan University in Fort Worth. He spent four years serving his country in the U.S. Army seeing duty in Vietnam and in Germany, where he was stationed for a year. Hullum married Tommye Faye Nichols on June 14, 1969 and they made their home in Houston for many years. The couple were blessed with a daughter, Margaret Hullum Elmore. A successful businessman, Pete owned Brookline Rentals and Sales in Houston for over 39 years, and at one time had three locations. Hullum was a longtime member of the Fairbanks Masonic Lodge #1363. Church was extremely important to the Hullums, and they were active members of the Freeway Baptist Church in Houston where Pete served as a deacon. In his leisure time, Pete enjoyed reading history books and spoiling his grand-dogs, B-fl at and Jasper Gladestone. For over a year, Pete and Tommye have lived in Mexia and were members of the Eighth Avenue Baptist Church in Teague. Hullum was preceded in death by his parents, and brothers, Paul and Edgar. He is survived by his wife Tommye; daughter, Margaret Hullum Elmore of Galveston; sister, Wanda J. Hullum Brown and husband James of Orlando, Fla.; and by sisters- in-law, Mary Tippins and Ruby Day; and brothersin- law, William Nichols and Robert Nichols. Funeral services were held at 1 p.m., Tuesday, Jan. 23 at the Blair-Stubbs Funeral Home Chapel in Mexia with Pastor Mark Butcher and Pastor Roy Prather officiating. Interment followed in the Driver Cemetery, near Teague, with Military Honors and Masonic Graveside Rites. Pallbearers were Andy Day, Robert Day, Charles Day, Wesley Nichols, Shawn Nichols, Thomas Hullum, Berry Brown and Tony Flores. Honorary pallbearers were Jon Hullum, Sony Wills, Charlie Gaines and Richard Blake. Visitation with the family was on Monday, Jan. 22 from 5 to 7 at the funeral home. Visit blair-stubbs.com to sign the guest book or leave a message of condolence.