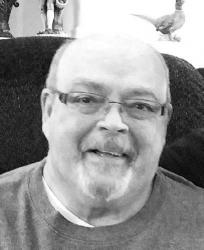 Joseph Carlton Clark, 64, former Teague Chief of Police entered the pearly gates of Heaven on October 20, 2017, at Sachse, Texas. He was born on September 2, 1953, in Fairfield to parents Lee Carlton and Eleanor Clark. At the time of his illness, he was employed by the City of Dallas In Home Land Security. Joseph was a Christian and loved sharing the gospel with others. He enjoyed singing and sang around the world with the Luminaires group. Joseph was a world traveler with the group visiting Africa, India, Europe, Israel and more. His other hobby was hunting. He is preceded in death by grandparents Lillard and Elizabeth Clark and Joe and Eleanor Bozeman, his father Lee Clark and a son, Micah Carlton Clark. Left to cherish his memories are his caring wife, Sandra and his mother Eleanor, his 4 children: daughter, Jennifer Clark-Picchi and son-in-law Jason and his 3 sons: Joseph Ashton Clark, Daniel Shane Clark, and Noah Webster Clark. His wife’s children: daughter, Kristi Larson and son-in-law, Kevin; son, Wade Hood, daughter-in-law Dena. He leaves behind his brother, Lillard Clayton Clark and sister-in-law Terrie; twin sisters, Sherrie Clark Wilson and brother-in-law Sam and Gerrie Whittle Henderson brother-in-law Bruce, and sister, Susan Clark Loomis and brother-in-law, Jeff. His 2 grandchildren, Kelsey and Nathan Hudgins and his wife’s grandchildren Kaitlyn and Kaden Larson and Melody and Laney Hood; and numerous nieces and nephews. Funeral services were to be held at 1:00 P.M. Thursday, October 26, 2017, at the First Methodist Church in Fairfield with Pastor Michael Bedevian and Rev. Lillard Clark officiating. Interment followed at Fairfield Cemetery.To view an online obituary, send a personalized sympathy card, or leave the family a personal tribute, please visit our website at www.cappschapel.com